History of Storyline in The Netherlands to 2000

In the late 70s Jos Letschert, working with the Institute for Curriculum Development in the Netherlands, made contact with the approach through the National Conference on Expressive Arts held at Jordanhill. By a strange coincidence, some years later he came to a course in the north of Iceland as a Council of Europe delegate only to discover that he was meeting with Storyline again. He was one of the founders of an international group of Storyline practitioners (the European association for Educational Design) which was formed and which held its first meeting at his Institute in Enschede in 1988.

In recent years several presentations have been made at PABOs (Colleges of Education) in Meppel, Utrecht and Eindhoven. Many students and teachers have also visited and studied at Jordanhill and Brenda Bruinenberg has recently completed her Master’s degree at the University of Groningen with her study in Storyline. Following from this she was asked to design a Storyline module for the second year students at the PABO of the Noordelijke Hogeschool Leeuwarden (NHL). 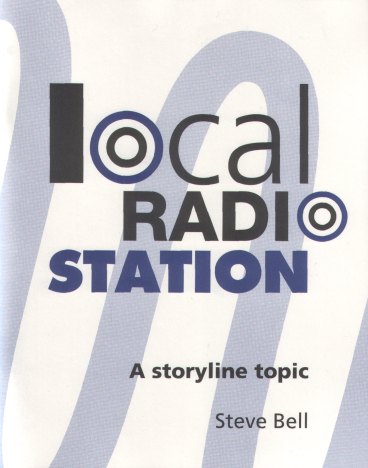 Two important books have been produced in Dutch, one by Jos Letschert- Op Verhaal Komen – and the other by Erik Vos and Peter Dekkers – Verhalend Ontwerpen.

Click for more informationDr Piet Conijn was another visitor to Jordanhill who has since proved very helpful in promoting Storyline. In 1995 (up-dated in 1998) he published a book written by Steve Bell using the Local Radio Station as a model for topic designing. This was the only Storyline book of a series that gave a broad view of education called ‘Education as an Art’. Piet is now a director of an educational project that encourages valuable links between schools and commercial businesses known as ‘The Educational City’.

A visit to Jordanhill Campus by José Simons from the Hogeschool of Utrecht and Ellen Reehorst from Groningen University demonstrated how effectively they have adapted Storyline in relation to their work in teaching environmental studies with older students of secondary age and as a focus for a European project in Poland.

I have also been involved in giving an annual Storyline input into the Headteachers Management Course in Groningen organised by the NES OCOM.