History of Storyline in Lithuania to 2001

It was through an invitation from Herdis Nødskov Sørensen, at that time a teacher in Aarhus, that the first contact was made with Lithuania. She and her husband Folmer had arranged an exchange programme with Noreikiskes School in Kaunas, the second largest city of Lithuania and were interested in organising a Storyline workshop with teachers from the area. This was in April of 1993 and just after ‘rebirth’. The welcome and enthusiasm of the participants was wonderful. Two two-day courses were given with 50 teachers on each. The courses were presented using interpreters but still remained amazingly fresh. Dr Elvyra Giedraitiené, a Professor of Education from Klaipeda University who had visited Jordanhill Campus, attended the second of these and has become very enthusiastic about the use of Storyline in Lithuanian schools.

Three years later, in connection with a research project for a book about the changes in education in Lithuania, a second visit was paid, this time to Klaipeda. Together with Bryan Peck, a comparative educationist from Jordanhill Campus, presentations were made to a conference of headteachers from that area. Prof. Giedraitiené was responsible for organising the visit and returned on a study tour to Scotland while working as a research fellow in Oxford in 1997.

Another visit was made in April of 1999 when I joined a team from Viborg Amt which has, among other projects, been responsible for establishing and supporting a new teachers’ centre in the town of Marijampolé, southwest of Vilnius. Teams of teachers from seven schools in the county experienced a three-day Storyline workshop course. They then tested these ideas in their own classrooms and sent written reports on the results. During the following session they spent one week visiting Storyline classrooms in Viborg Amt. Part of their experience there included a course on topic designing. Each team returned home with a new topic to test with their own classes.

A more recent development has been a Nordic Project supported by European funds and organised by the same team in Viborg Amt. Using Storyline tutors from Iceland, Norway, Sweden and Finland together with the Danish organisers they will work with teachers in Lithuania starting in Marijampole and hopefully developing Storyline work throughout Lithuania. See the international website for more information of the Nordic project. 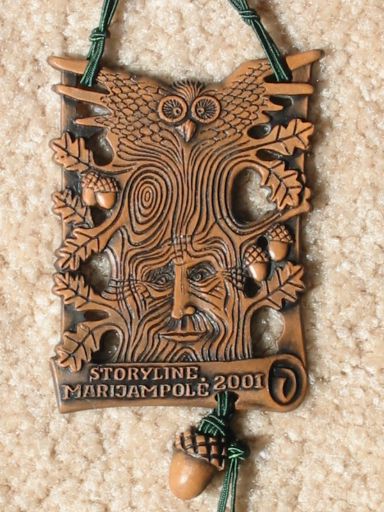