Report of two one-day courses on planning literature based Storylines 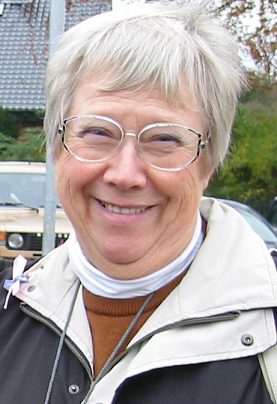 I am most grateful to Mait Adegaard, Vice Principal of Skarpnacks Skola for organising these courses and for inviting me to Stockholm where she was a gracious and enthusiastic hostess. Staff at Skarpnacks Skola are experienced Storyliners and have, in the past, enjoyed attending courses delivered by Steve Bell. Recently they produced the video CIRKUS which gives an account of one of their Storyline projects.

At the Second International Storyline Conference in Elsinore, November 2003, Mait had told me that her staff were interested in developing literature based Storylines and that she would like to offer them a one day course on this topic. She also suggested that a similar one-day course be advertised for teachers from other schools .

In preparation for these courses I sent Mait a master copy of my article on planning a book-based Storyline along with a few other handouts that I thought would be useful. At this time we discussed possible titles that could be used as examples during the workshops. It was important to find suitable books that were available in Swedish and in English. In the end we agreed to use Astrid Lindgren’s ‘Mio My Son’ originally written in Swedish and Roald Dahl’s ‘Matilda’ originally written in English.
Close study of these texts assured me that they were both suited to the intensive treatment of the Storyline approach. 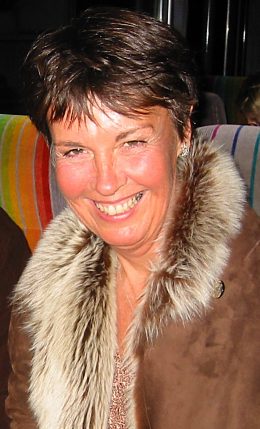 I was glad to hear from Mait that there were many applicants for the two courses and excited at the prospect of my first visit to Sweden. Needless to say I found Stockholm to be a beautiful city and I was glad we could find time to share a little tourism before starting work.

The first course was for a mix of teachers from various schools. In spite of the fact that some participants did not know much about the Storyline approach and others knew very little about the two books chosen, the day programme went well. Workshop sessions included the following topics – -

This meant a very crowded day but it enabled the teachers to achieve an overview. Shortage of time meant that it was not possible to experience many of the typical Storyline activities such as making a frieze picture and portraits of characters. However I was able to show slides with examples of pupils’ work and this emphasized the importance of the visualisations.

On the second day I had the privilege of working with Mait’s colleagues from Skarpnacks Skola. At once their knowledge of and enthusiasm for Storyline was apparent. This made it much easier to discuss the similarities and differences between ‘regular’ and book-based. The participants compiled an impressive list of Storyline ‘features’ but I was surprised to note that this did not include visualisation. Perhaps we take this for granted as an integral feature of our work but I always wish to emphasize the importance of giving pupils the opportunity to record and express their ideas and responses through varied art activities, also the value of classroom display of artwork and writing.

In spite of the fact that it was staff members who had suggested using ‘Mio’ and ‘Matilda’ the working groups indicated that they would prefer to develop plans for the books of their choice. This brought into focus the criteria for choosing a book. With one exception the choices were appropriate and the group that made a poor choice probably learned more from their experience than any of the others. They struggled with ‘Robinson Crusoe’ but soon found that this text presented too many problems. Their difficulties highlighted the fact that it is essential for the teacher to know in advance what the pupils should learn from their experience of working on the book, also what opportunities there are to cover various aspects of the required curriculum.

As the day continued I was very impressed by the positive way in which these teachers could work together in their planning groups, by the insight that they showed in planning key questions, and by their enthusiasm for a new type of Storyline. I hope to hear of their progress during the new school year. Also impressive was their ability to switch from Swedish to English.

Both participant groups agreed that a one-day course was not long enough to do justice to considering book-based storylines and suggested that two or three days would be more realistic, however the end of course evaluations were mostly positive and I believe that many of the participants will experiment with using books in Storyline. If they do, they should soon discover the great pleasure that this can provide for teacher and for pupils, also the ways in which participation in a book-based Storyline can contribute to the development of higher order reading skills and can improve pupils’ attitude towards their independent reading.