Everyone was taken by surprise at the enthusiastic response of Icelandic teachers to the proposal for this conference. Over 300 delegates, around 10% of the teaching population in Iceland, applied, and many had to be turned away because of lack of space in the conference centre. The programme had been carefully planned, mainly by the Akureyri University group of Rosa Eggertsdottir, Maria Steingrimsdottir and the Head of Research, Trausti Thorsteinsson, although they also worked closely with Gudmundur Kristmundsson and Bjorg Eiriksdottir based in Reykjavik.

The first two keynote speakers Bjorg Eiriksdottir and Maria Steingrimsdottir had both spent one year in Glasgow studying for a Diploma in Storyline and both have followed this by gaining their masters’ degrees. Bjorg based her presentation on the practical implementation of Storyline in the Icelandic primary schools while Maria linked this to the theoretical implications justifying its use. Sallie Harkness, from Storyline Scotland, then highlighted the major values and principles within this way of working with her talk on ‘The Storyline School’. A choice of workshop sessions then gave the participants a rich menu of in-depth examples of Storyline practice and this was followed by a keynote on the demands of the Icelandic curriculum from Gudmundur Kristmundsson who has been the ‘red thread’ in the development of Storyline in Iceland over the last 25 years. Steve Bell, giving the final keynote, described the long history of Storyline courses in Iceland dating back to 1981. In doing so he contrasted the Scottish experience which saw a contest between the Process and Content of curricular advice which affected the opportunity of teaching Storyline in recent years with the long slow development of interest in Iceland which was now coming to fruition. 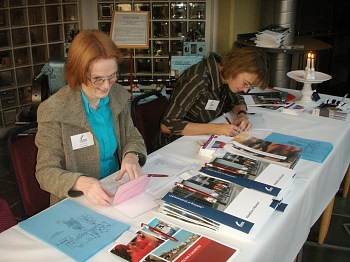 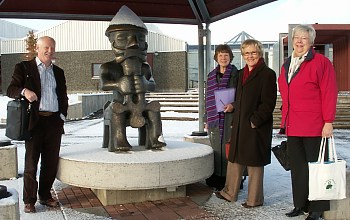 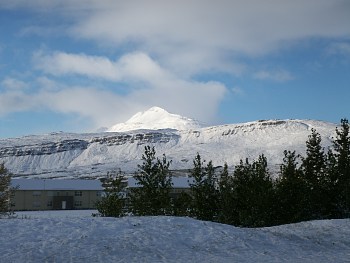