“A Classroom with Six Languages”

Schule am Meer in North Germany’s Cuxhaven was the venue for the latest gathering of the Comenius funded “Stars Project”. From 22-26.October 2008 the group, involving schools from Germany, Denmark, Belgium, Hungary, Estonia and Ireland met for the 5th time, although it was the 3rd meeting to include pupils who all have special learning needs.  Through the medium of modern technology, the teachers had already planned a storyline about an international song contest before meeting. The pupils brought the collage figures of the characters along. Together they drummed up the name “Stardust of Comenius” for the show. On the third day of the meeting they had the opportunity of experiencing the next stages of the storyline method under the watchful and very helpful 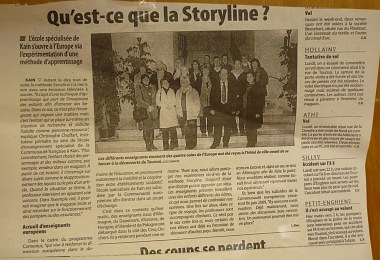 eye of the invited guest, Ulf Schwänke. He was surprised by the motivation of the children and the high quality of the representations produced by the pupils – one of which was the stage for the song contest. Though most pupils had no knowledge of the English language communication worked amazingly well with the teachers serving as interpreters for the children from their countries. All were convinced that it was a very successful meeting and a lot was learned and achieved by both teachers and pupils alike. 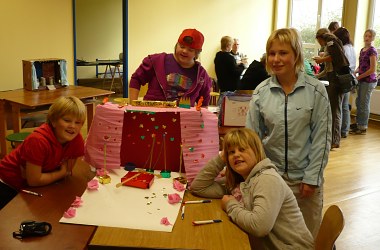 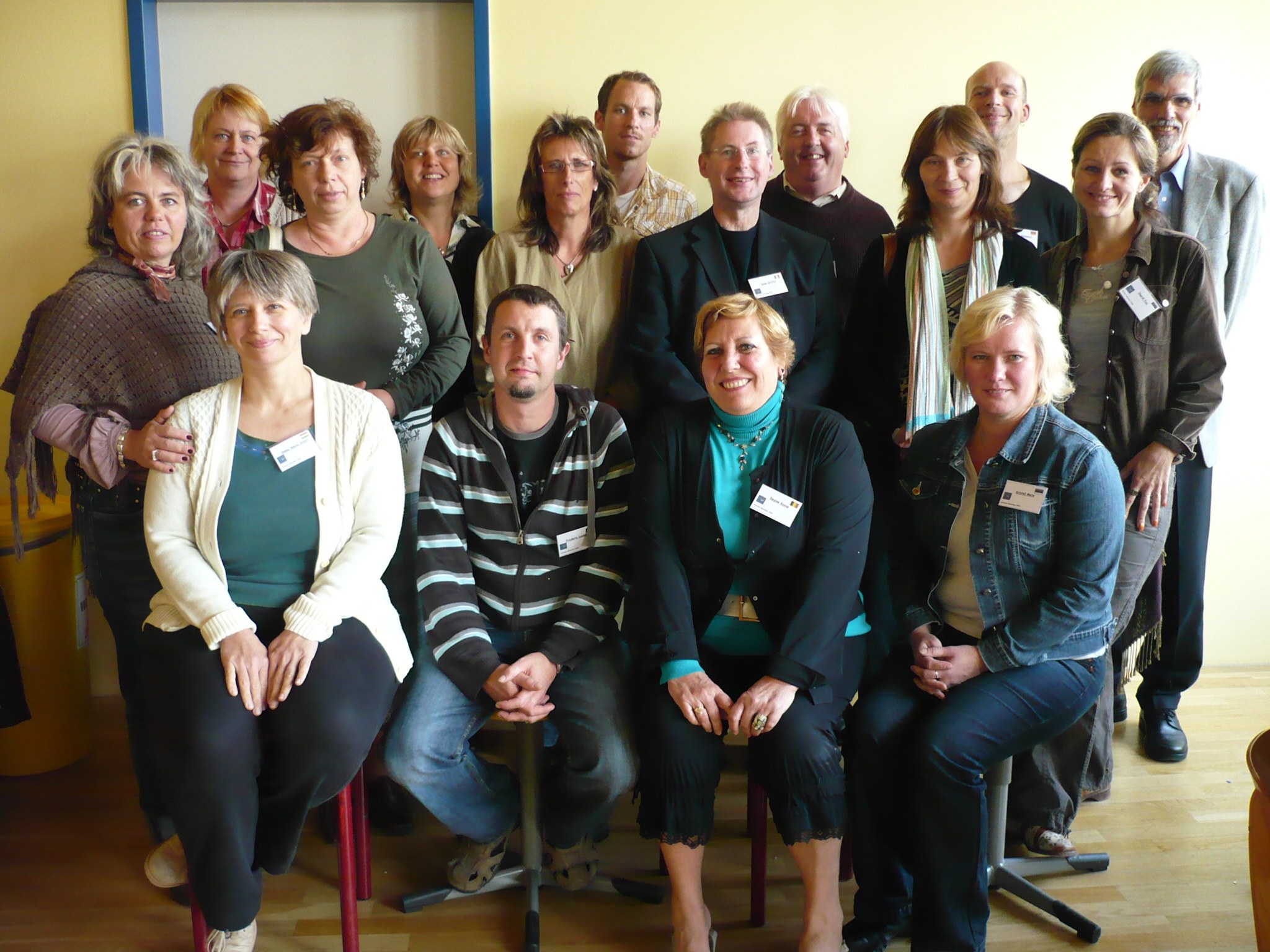