On Friday 22nd May, Summerhill Centre played host to Steve Bell and Sallie Harkness from Storyline Scotland who led a CPD day for Aberdeen City teachers. Almost 130 staff (mostly from primary schools but some secondary staff and some Drama teachers) took part in a practical workshop session following the Storyline method. By coincidence 27 members of Staff from Møhlenpris School in Bergen, Norway, were on a study visit to Aberdeen and were delighted to be able to join  the course. The large group split into two, one for lower primary and one for upper primary to secondary, and each were given a theme ~ “Capital Tours” and “Holiday Journey”. Both groups were actively involved in creating their families and environment and they enjoyed the exchange of experiences towards the end of the day. It was clear to those present how well the Storyline approach can address the aims of The Curriculum for Excellence and the one day course was received most favorably by all in attendance. There had been a very high uptake for places on the course and it is hoped to be repeated sometime in the future for those who were disappointed not to get a place. Many thanks to Steve and Sallie for a most worthwhile day. 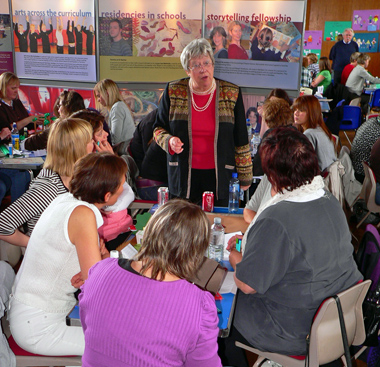 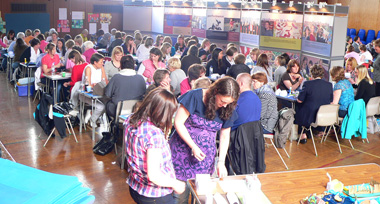