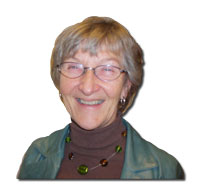 nne Grete Solstad is a lecturer in pedagogy / educational theory at Bodø University College in Northern Norway. She knew of Storyline from the writings of Liv Torunn Eik of Tønsberg University College but she says that the “revelation” came after attending the 3rd International Storyline Conference in Elsinore, Denmark in 2003.  While there she bought Jeff Creswell’s book ‘Creating Worlds, Constructing Meaning’ which she found extremely good, and has used a lot since then. It has increased her understanding and reflection and demonstrated the learning possibilities, and also what to think about and plan to avoid the “pitfalls”. Every year since 2004 she has arranged a two day compulsory induction course for all their first-year teacher students. The practice teachers are invited to participate because they want the students to do a Storyline in the following practice period.  In that way they hope to prepare the students to implement storylines later on as qualified teachers. The idea is that doing the method themselves is one important qualification. But it is even more important to do a Storyline with pupils, thus gaining experience and skills and perceptions in a safe situation. She has written an article based on the project which is called  “Storyline, a strategy for active learning and adapted education. A  co-operative project between teacher education and practice schools”.