An appreciation and official obituary 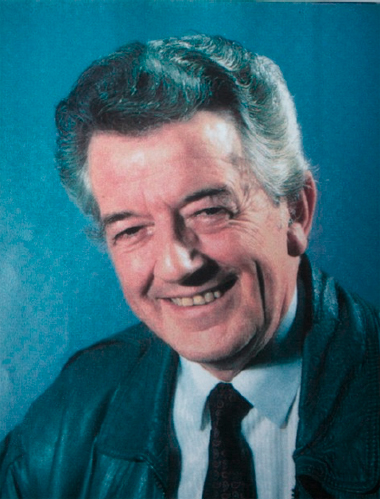 Storyliners worldwide will be sad to hear of the death of Fred Rendell on 9th January 2011. Soon after his retirement Fred became ill with a form of Parkinson’s disease. During the long years of his illness he was cared for by his loving and supportive wife Sheila. He ended his days in Erskine Park Care Home with Sheila, son John and daughter Susan at his bedside. He is survived also by three grandchildren who were indeed the apple of his eye.

Fred Rendell was an inspirational teacher and leader of the Inservice Staff Tutor Team at Jordanhill College from 1973 until he retired in 1987. His keen intellect and natural sense of humour proved irresistible to those who attended his courses. He was a ‘born teacher’ and enjoyed immensely using these natural gifts and his rich educational experiences to the full. It was in those years of the 70s and 80s that what we now call Storyline was ‘born’. No-one knew then how well this approach would spread and develop into a worldwide movement – a tremendous legacy. Recent Storyline publications have paid tribute to his influence by being dedicated to him.

Several of our international colleagues who remember working with him have contacted us to express their sorrow at his passing and to describe how grateful they were for his influence. Cecilie Falkenberg of the University College of Copenhagen, Denmark, Prof. Jos Letschert of Twente University in the Netherlands, Dr Beate Grabbe of Hamburg and Gudmundur Kristmundsson of the Teachers’ University of Iceland are old friends who gained much from studying his work.

Jeff Creswell, Director of Storyline Design in Portland, Oregon, remembers his first meeting with him. “Fred’s death is a great loss to Storyline and to education.  I can only imagine the number of children’s lives he touched both directly and indirectly over his long and creative career.  I had the pleasure of attending one of Fred’s last workshops at Jordanhill when I came up for the Fulbright workshop the year I was teaching on Mersea.  Although Fred had already retired, he came back to do this workshop with Steve, a workshop he had done many times.  We worked on his Early Islanders Storyline. He was charming, engaging, intelligent, and warm.  I have always been grateful that I had this experience with him.”

Official obituary written by Arnold Bell, a colleague and close friend, published in the Herald, Glasgow, on 17th February 2011.