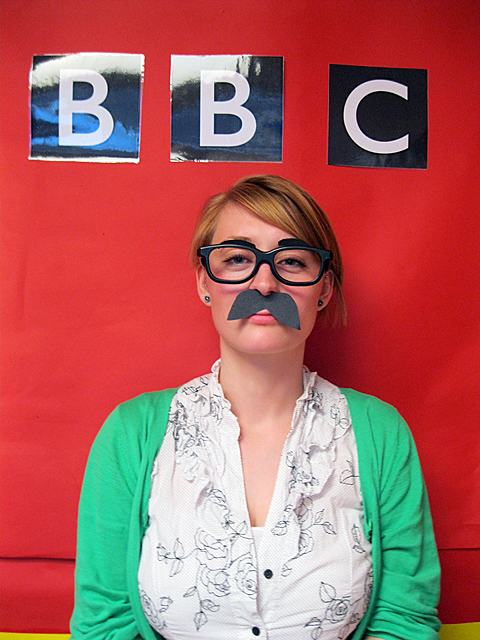 Throughout April, May and June, the 26 pupils in P6C at Lochside Primary School, Montrose, Scotland learned about Great Scots through the use of the Scottish Storyline Method. The aim of the project was to encourage the pupils to discover the numerous famous people that have come from Scotland, and for the pupils to learn in an active, dynamic and exploratory setting. Initially, the idea was presented to the pupils as a task – pupils would be creating a TV programme for the BBC on 7 ‘Great Scots’. The pupils were to split up into 7 ‘Design Teams’ and each created individual characters (and personalities!) who worked for the BBC (e.g. Special Effects, Stylists, News Presenter, Camera Man).