Storyline in Practice in Different Countries

Kinnaird Primary School has just completed its first year of a two year Comenius-funded partnership project with Herrhagsskolan, a primary school in Karlstad, Sweden and the Oslo Mottessori School, Norway. 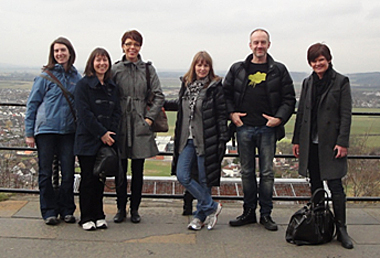 All three schools use the Storyline methodology as a framework to support inter-disciplinary learning and were keen to further develop their skills while comparing its impact in different education systems.

The initial meeting of the project group took place in Sweden in September 2010. This gave everyone a chance to get to know each other, something which would be vital to the success of the project. The visit included time in classrooms, an explanation of the Swedish education system and an opportunity for each school to share examples of the Storyline work they had previously undertaken. The major part of the visit was creating a Storyline plan which would be implemented in all three schools simultaneously in January and February 2011.

The warmth of the welcome and the generous hospitality shown by our new Swedish friends ensured that good relationships were formed at both a personal and professional level. As a result, the level of communication between group members has been frequent. Classes have regularly shared work they have been doing, even if it has been out-with the Storyline plan. Our pupils and staff found this fascinating and they have been very keen to share what they were doing too.

Our first joint project was the creation of a TV programme for fictional ‘TV Europa’. The children were challenged to create a magazine-type TV programme for broadcast in another country, showcasing key features of their county’s culture. The project plan met the needs of the curriculum in all three countries and provided sufficient scope and challenge for the Norwegian children who were slightly older than the rest. Their particular challenge was to broadcast entirely in English! The project also helped to extend the use of technology, particularly in the Swedish school.

The project group met in Scotland in March 2011, immediately following the implementation of the Storyline plan in their classrooms. Again, time was spent in classrooms and learning about the Scottish Education system as well as catching up socially. A significant part of the visit was to watch each of the completed TV programmes and compare our experiences of working through the project itself. This proved invaluable in sharing ideas, making comparisons and identifying cultural differences. On their return to their own classrooms each teacher was then able to show the finished programmes from each of the classes involved.

Initial discussion took place ahead of our next planning meeting, to be held in Oslo in November 2011 as to what our next project will be. We are all really looking forward to catching up with our international colleagues who are now firm friends and look forward to sharing again the experiences of our pupils.