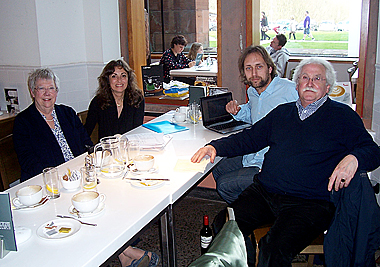 Lola is a Language Advisor from a Teacher Resource Centre (CPR) in Lorca, a city in the Region of Murcia, in the south-east of Spain and Pedro is the Head of CADER in the Region of Murcia. CADER stands for Advisory and Document Centre for Rural Schools, and works in collaboration with Regional and National Educational Authorities in Spain (Ministerio de Educación y Consejería de Educación, Formación y Empleo de Murcia). This educational organization only exists in the Region of Murcia and is in charge of coordinating all rural schools in Murcia under another organization called CRA (Association of Rural Schools).

They are both teachers (Lola, Secondary Education and Pedro, Infant and Primary Education) and their aim is to help their students develop basic skills in order to provide them with an education for life by developing advanced key competences. In order to do so, they have been using ‘Project Work’ encouraging students to build on their own learning through using prior knowledge. They see their role as promoting active learning, using adapted education and partnership through real life resources.

They discovered that the Storyline method is a very similar approach to the one they were using but much more developed and with better results, using multimedia and audio/visual resources. That is the reason why they would like to establish a partnership to share methodology and strategies as well as to promote the teaching of Storyline in Spain, establishing links between educators in the Region of Murcia and the rest of the communities. They are considering implementing Storyline in their schools in the near future as part of their Curriculum Plan.
Sallie and Steve were delighted to hear of their experiences and have promised to support their work to establish a Storyline Centre in Murcia.